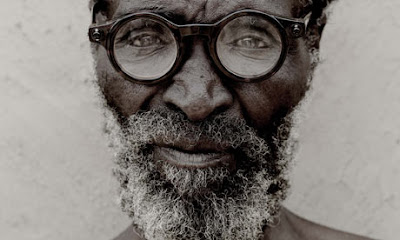 It was a chance conversation on March 23 1985 ("in the afternoon, as I recall") that first started Josh Silver on his quest to make the world's poor see. A professor of physics at Oxford University, Silver was idly discussing optical lenses with a colleague, wondering whether they might be adjusted without the need for expensive specialist equipment, when the lightbulb of inspiration first flickered above his head.

What if it were possible, he thought, to make a pair of glasses which, instead of requiring an optician, could be "tuned" by the wearer to correct his or her own vision? Might it be possible to bring affordable spectacles to millions who would never otherwise have them?

More than two decades after posing that question, Silver now feels he has the answer. The British inventor has embarked on a quest that is breathtakingly ambitious, but which he insists is achievable - to offer glasses to a billion of the world's poorest people by 2020.

Some 30,000 pairs of his spectacles have already been distributed in 15 countries, but to Silver that is very small beer. Within the next year the now-retired professor and his team plan to launch a trial in India which will, they hope, distribute 1 million pairs of glasses.

The target, within a few years, is 100 million pairs annually. With the global need for basic sight-correction, by his own detailed research, estimated at more than half the world's population, Silver sees no reason to stop at a billion.

If the scale of his ambition is dazzling, at the heart of his plan is an invention which is engagingly simple.

Silver has devised a pair of glasses which rely on the principle that the fatter a lens the more powerful it becomes. Inside the device's tough plastic lenses are two clear circular sacs filled with fluid, each of which is connected to a small syringe attached to either arm of the spectacles.

The wearer adjusts a dial on the syringe to add or reduce amount of fluid in the membrane, thus changing the power of the lens. When the wearer is happy with the strength of each lens the membrane is sealed by twisting a small screw, and the syringes removed. The principle is so simple, the team has discovered, that with very little guidance people are perfectly capable of creating glasses to their own prescription.

Silver calls his flash of insight a "tremendous glimpse of the obvious" - namely that opticians weren't necessary to provide glasses. This is a crucial factor in the developing world where trained specialists are desperately in demand: in Britain there is one optometrist for every 4,500 people, in sub-Saharan Africa the ratio is 1:1,000,000.

The implications of bringing glasses within the reach of poor communities are enormous, says the scientist. Literacy rates improve hugely, fishermen are able to mend their nets, women to weave clothing. During an early field trial, funded by the British government, in Ghana, Silver met a man called Henry Adjei-Mensah, whose sight had deteriorated with age, as all human sight does, and who had been forced to retire as a tailor because he could no longer see to thread the needle of his sewing machine. "So he retires. He was about 35. He could have worked for at least another 20 years. We put these specs on him, and he smiled, and threaded his needle, and sped up with this sewing machine. He can work now. He can see."

"The reaction is universal," says Major Kevin White, formerly of the US military's humanitarian programme, who organised the distribution of thousands of pairs around the world after discovering Silver's glasses on Google. "People put them on, and smile. They all say, 'Look, I can read those tiny little letters.'"

Making and distributing a billion pairs of spectacles is no small task, of course - even at a dollar each (the target cost), and without Silver taking any profit, the cost is eye-watering.

This is what Silver calls "the challenge of scaling up".

For the Indian project he has joined forces with Mehmood Khan, a businessman whose family trust runs a humanitarian programme based in 500 villages in the northern state of Haryana, from where he originates.

There will be no shortage of takers in the region, Khan says. "One million in one year is straightaway peanuts for me. In the districts where we are working, one district alone will have half a million people [who need the technology]." Khan's day job is as Global Leader of Innovation for Unilever, and though his employer will have no direct connection with the scheme, having contact with 150m consumers a day, as he points out, means he is used to dealing with large numbers.

But surely finding funding on this scale will be impossible? "I share a vision with Josh," says Khan. "A thing like this, once it works, you create awareness, you enrol governments and the UN, and the model becomes scaleable. People begin to believe." And from a business point of view, he notes wryly, when poor people become more economically developed they also become potential customers.

In addition to the enormous manufacturing and distribution challenges, Silver has one other pressing problem, namely addressing the sole complaint about the glasses - their rather clunky size and design.

"Work is going on on several new designs, and further work will be required to get the costs down. The truth is that there is, at the moment, no device that can be made for a dollar in volumes of 100 million.

"But I am entirely confident that we can do that."

Such is his determination, you wouldn't bet against it. Oxford University, at his instigation, has agreed to host a Centre for Vision in the Developing World, which is about to begin working on a World Bank-funded project with scientists from the US, China, Hong Kong and South Africa. "Things are never simple. But I will solve this problem if I can. And I won't really let people stand in my way."

http://www.guardian.co.uk/society/2008/dec/22/diy-adjustable-glasses-josh-silver
Posted by Camelia at 10:35 PM