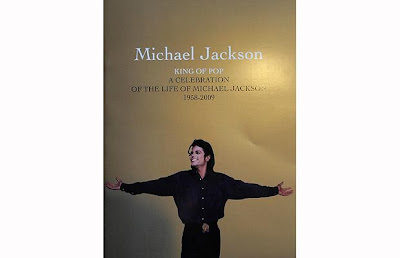 The programme cover for the MJ memorial service at Staples Centre in LA,USA 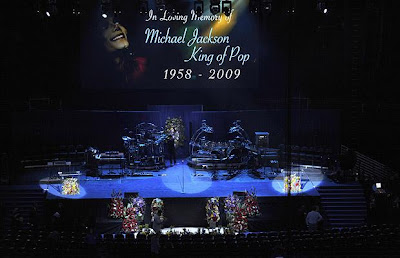 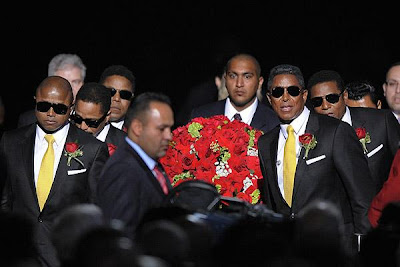 The Jackson brothers accompanied MJ's coffin, covered with red roses, into the auditorium 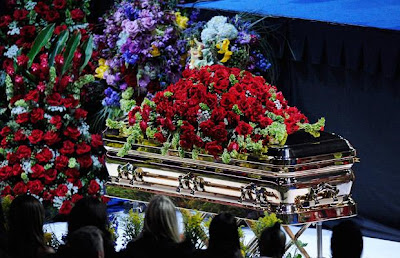 MJ's glittering, gold-plated coffin was placed at the front of the stage 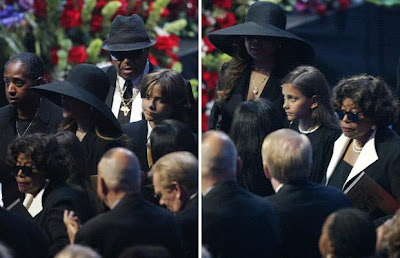 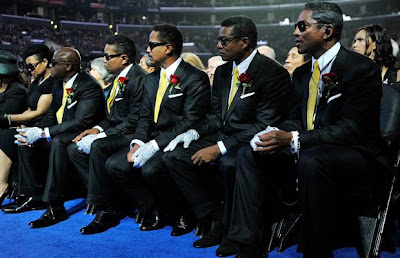 His brothers each wore one white sequinned glove.
From Left: Randy, Tito, Marlon, Jackie and Jermaine 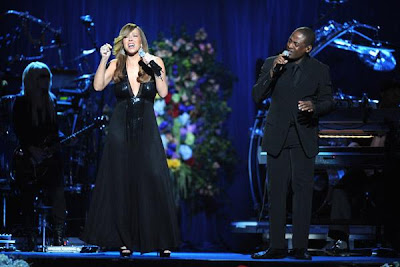 Mariah Carey with Trey Lorenz. She performed Jackson's 1970 hit "I'll Be There" 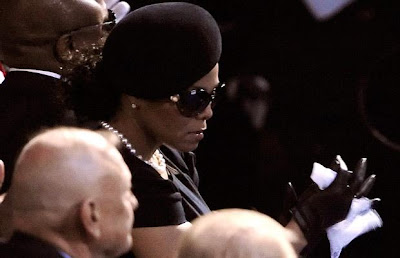 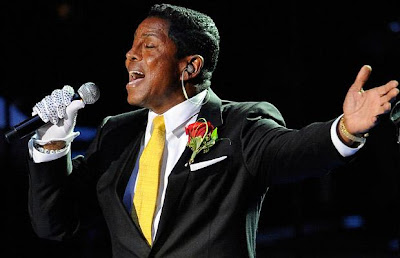 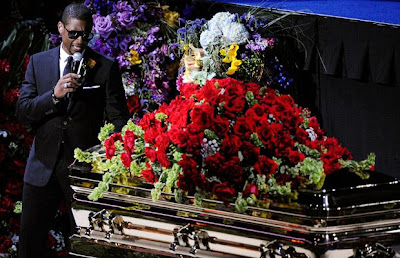 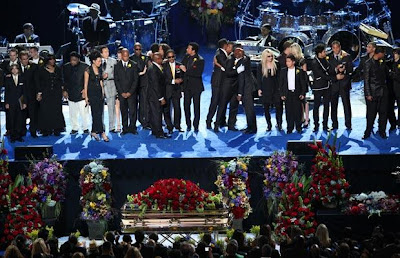 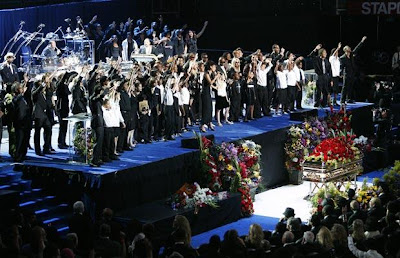 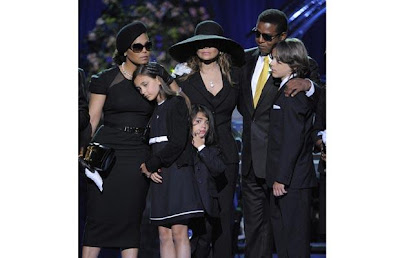 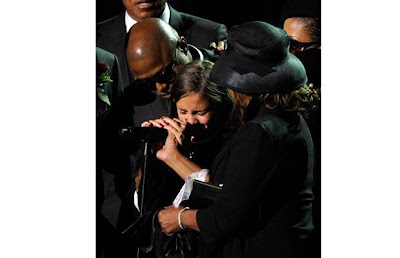 Jackson's daughter Paris Michael broke down in tears as she spoke about her father
Posted by Camelia at 12:10 AM